Here’s a question we are hearing more and more from client teams and community planning groups: can a food hub work in a small, rural community?

One might expect the result of a feasibility study for a food hub in this context to be “no-go”. The low overall population in these towns means that market demand for local food is relatively limited and that there are few if any reliable wholesale buyers that can serve as anchor customers for a hub. Agricultural production of the types of products moved by a typical food hub might also be limited. Rural communities are often too remote for cost effective delivery of small volumes to the larger buyers in metropolitan areas. So there can be any number of issues that make it challenging to warrant investment in a food hub in rural communities.

After hearing this question so many times, we got to thinking. Perhaps instead of “no-go”, the answer could actually be “yes, if you get creative”, particularly as we became more familiar with the plight of rural, independently owned grocery stores.

New Venture Advisors had the privilege of moderating a panel at the Fourth National Rural Grocery Summit in Manhattan, Kansas in June 2014. The conference was organized by the Rural Grocery Initiative of Kansas State University’s Center for Engagement and Community Development, which seeks to create new models for rural business development and sustainability. CECD Director David Procter and his staff have done extensive research on rural grocery stores and the alarming rate at which they are shutting their doors. Their research has shown that in Iowa, over half of the state’s full service grocery stores have closed in the last 20 years, and in Kansas, over 40% of grocery stores in communities with fewer than 2,500 people have closed since 2007. This is a major concern for community building, economic development and health and wellness.

There are many complex and interconnected drivers leading to the decline of rural grocery stores. Several common ones include:

Thinking about these challenges, we wondered –could rural grocery stores serve as food hubs for their communities?

Could this business model 1) be a way to make rural food hubs viable, despite market limitations, and 2) simultaneously help save grocery stores that might otherwise go out of business? Could this be a proverbial opportunity to get two birds with one stone?

Synergy is an overused (and often misused) term in business, and is sometimes just meaningless jargon. But in this context, synergistic is the perfect way to describe the potential for grocery stores to serve as food hubs in rural communities, because the basic elements of a food hub are already in place.

A grocery store already has coolers, storage space/shelving, and raised loading docks. As the retail business shrinks, the excess capacity of these assets and the overall footprint can be reallocated to food hub operations without negatively impacting overall sales. Even if improvements are necessary, the cost of upgrading cooling and storage at an existing rural grocery store would probably be significantly lower than building out a standalone food hub. Additionally, as this type of renovation supports farmers and agricultural production, it may be eligible for grants and low-interest loans that grocery store owners would otherwise not be able to access.

Grocery store staff members are likely already skilled at handling fresh fruits and vegetables and other farm products. They generally understand how to purchase fresh market goods and maintain the cold supply chain, and often have to track and record temperatures for deli items in the store.

A rural grocery store food hub is well positioned to serve local buyers. Grocery stores already have loading docks and are centrally located in their community, making inbound and outbound deliveries, as well as pickups from the storefront, easy and efficient.

Rural grocery stores may also be well positioned to access buyers in metropolitan areas that would otherwise be too far away for a standalone food hub to efficiently service. The grocery store’s distributor already runs a delivery truck to and from the store, creating an opportunity to distribute goods from the food hub on the return trip, an arrangement called backhauling. The distributor could deliver these goods to another hub customer for a trucking fee, or buy the goods to resell to their own customers who likely are seeking more locally produced options.

And of course, the grocery store is an obvious buyer of the local farm products that would be aggregated within its food hub. A rural grocery store food hub can help mitigate some of the risk associated with the launch of a standalone food hub, by being an anchor buyer and agreeing to purchase – at cost – any unsold products.

There are many ways that incorporating a food hub into a rural grocery store can improve profitability of the store’s core retail business. The grocery store would get new access to local farm products, which can often be sold at a higher margin than nonlocal food and would give them a tremendous point of differentiation compared to supercenters. More broadly, local residents may once again begin to see the grocery store not just as a place to buy goods, but also as a cornerstone of the community that is taking steps such as supporting local growers and helping bring healthier products to local institutions like schools and hospitals. The store could build out initiatives around local produce even further, by running cooking demos of seasonal produce, featuring local growers, and even hosting a farmers market or serving as a drop off site for a CSA share.

If this is such a synergistic, match made in heaven – why aren’t rural grocery stores all over the country building out a food hub within their doors? Because, as far as we are aware, it is a new idea that has not yet been market tested.

The idea was inspired for us by Tim White, owner of the Thriftway in Hiawatha, Kansas. Tim is an energetic, visionary grocery store owner who was on the panel we moderated at the Rural Grocery Conference this past June.

Tim’s store is dealing with similar challenges faced by rural grocery stores across the country. Last year he began meeting with the Brown County Healthy Foods Coalition which was organizing a weekly farmers market. He thought as he listened to their plans, “This sounds a lot like competition!” and offered to host it in his parking lot as a precautionary measure. In fact, the farmers market has increased store sales, as customers inevitably pick up other needed items. The store also buys and sells unsold products from growers, drawing community members who might otherwise shop at the supercenter. The success of this initiative led Tim and the Brown County Healthy Foods Coalition to explore reallocating several underutilized aisles to warehousing space for a food hub. Although still in early stages, there has been tremendously positive interest from local buyers (including schools and hospitals) and nearby growers, as well as from staff and community members.

We think this business concept has real potential and might have tremendous impact on rural communities, economies and growers. We also recognize that there is much more to understand, analyze and validate before actively encouraging rural grocery store owners or food systems planning groups to pursue this type of model, which we have illustrated in this diagram.

If this piqued your interest as a rural grocery store owner, a planning group trying to get a rural food hub off the ground, or an individual interested in strengthening rural health and food systems, we would love to talk with you. We are looking for thought partners and case studies for baseline business analysis of the feasibility of this approach. Please contact us if you would like to discuss this further.  Thank you! 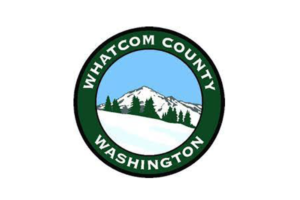